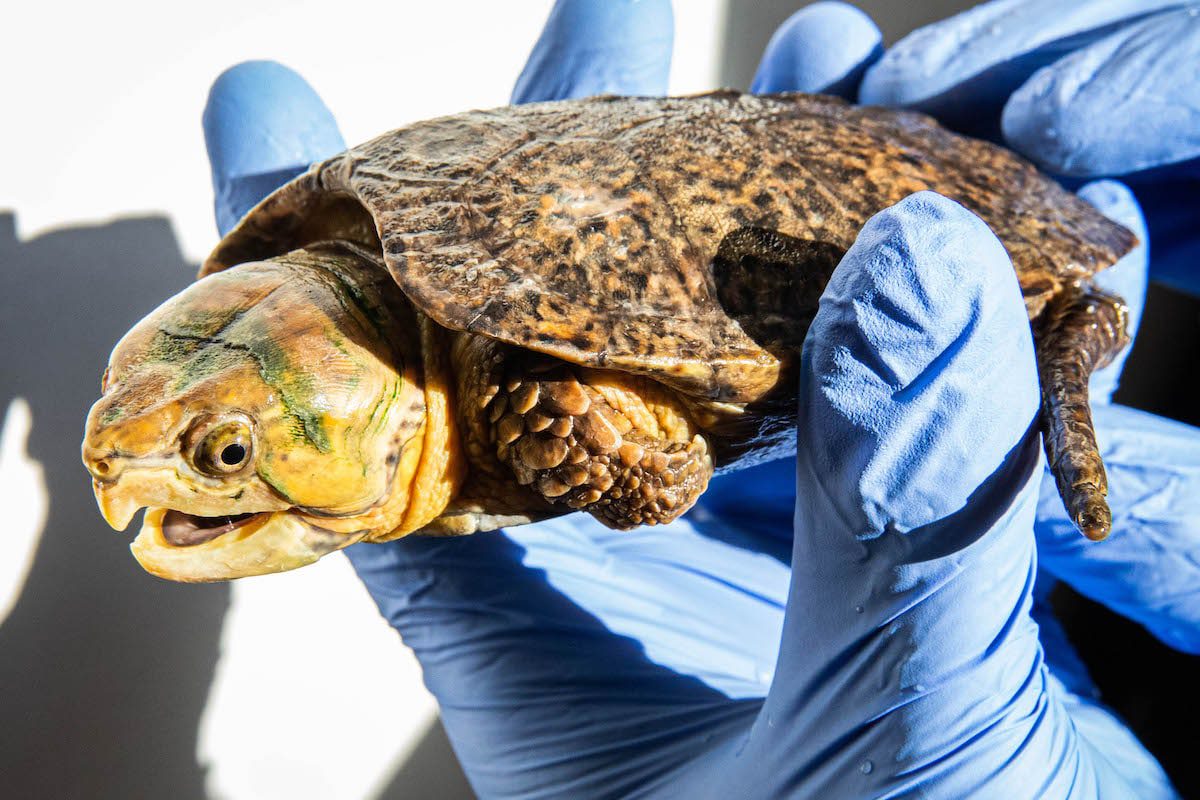 Four aptly named big-headed turtles have been given a new home at ZSL London Zoo after smugglers tried to illegally import them into Canada labelled as toys.

Since arriving late last year, the endangered armour-plated turtles have been cared for by the Zoo’s expert herpetology team. The unusual reptiles, which are native to mountainous regions in Central China and Southeast Asia, have heads so large they can’t pull them into their shells.

Recently, one of the surprisingly charismatic turtles – named Lady Triệu by keepers after a famous Vietnamese warrioress – moved into a new exhibit in the Zoo’s Reptile House, giving visitors the chance to come face-to-face with the only one of her kind in a UK zoo.

ZSL senior reptile keeper Daniel Kane said: “When we heard that these incredible turtles were in need of a new home we began making plans to welcome them to the Reptile House; we felt they had a lot to teach our visitors about the dangers facing reptiles and amphibians in the wild and knew we had the expertise to give them the specialised care they need.”

Using information gathered from their extensive work with reptiles and amphibians in Vietnam to recreate the turtle’s new home, ZSL London Zoo’s keepers made sure their new enclosure has rocky areas to explore and aquatic foliage to shelter in.

“Lady Triệu has taken to her new home like a turtle to water, and we have been watching her closely as she’s busied herself exploring every inch of the aquatic abode,” explained Dan.

“These turtles’ heads are so large that unlike others they can’t retract them into their shells; to compensate, nature has given them armour plating from head to tail and a very sharp beak to fend off predators – plus a feisty attitude to go with it!

“Big-headed turtles may not be conventionally cute with their disproportionately large heads and whip-like tails, but they represent a vitally important and unique branch of the evolutionary tree and have so much to teach us about animal adaptions. There is literally no other species like them on earth.”