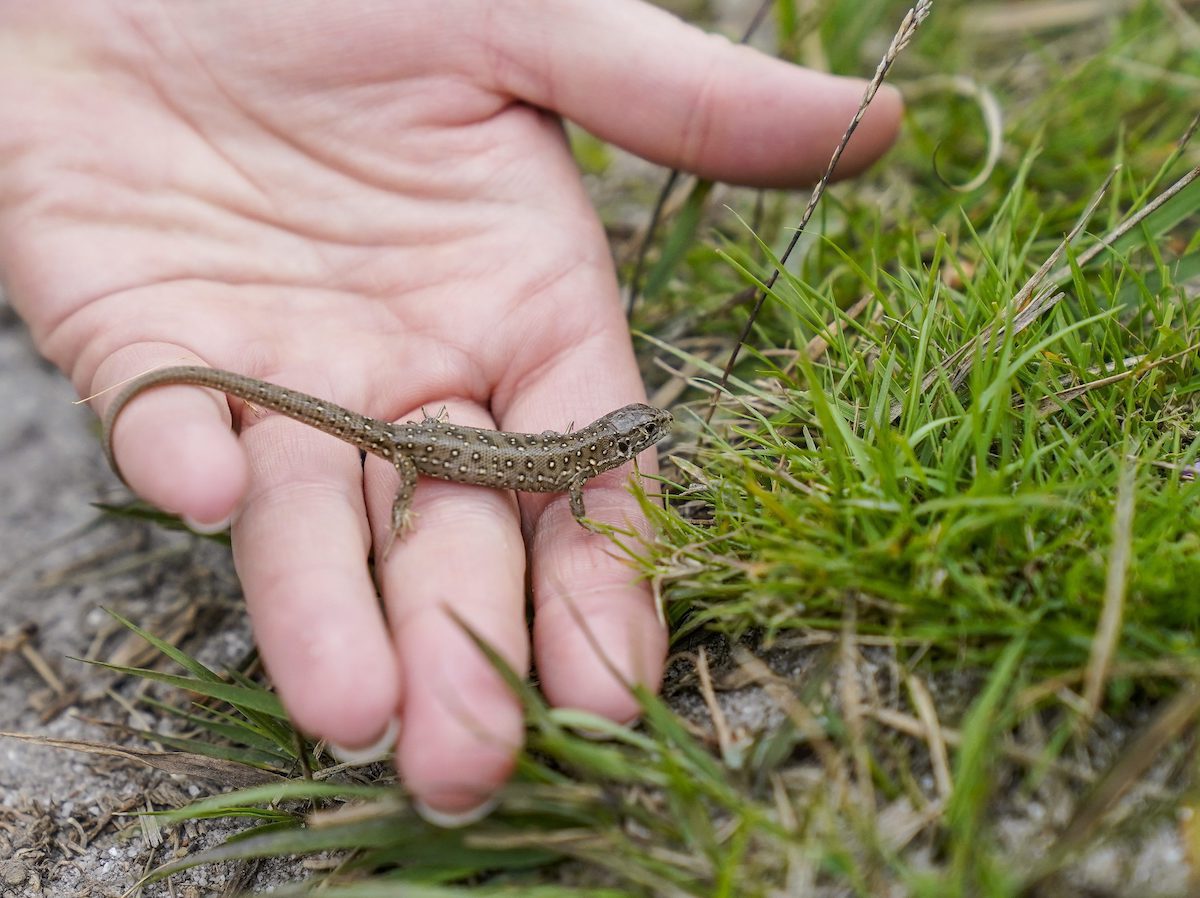 The UK’s rarest lizard population has been given a helping hand after a huge forest fire in Dorset this summer devastated one of the country’s remaining habitats.

Conservation charity Marwell Wildlife teamed up with Amphibian and Reptile Conservation (ARC) and Forestry England to release over 200 young sand lizards back into the wild at Puddletown Forest in a bid to restore numbers in Dorset.

Sand lizards being reintroduced back into the wild in Dorset

Marwell Zoo has been able to support the reintroduction of this protected species following an exceptional breeding year for its captive sand lizard population, which it has held for over thirty years.

The recent wildfire burned for more than two weeks and destroyed over 220 hectares of vital wildlife habitat. However, a team of volunteers were able to rescue and relocate some reptiles in the days after the fire, although hundreds of sand lizards were impacted.

Rachel Gardner, Ecologist at Marwell Wildlife, said: “This summer has seen an exceptional number of sand lizards hatch at Marwell Zoo, enabling a great boost to the numbers being released in Dorset. As well as contributing young lizards to the wider reintroduction program, Marwell Wildlife has also focused on research into this incredibly cryptic species. It is hoped that improving our understanding of sand lizard ecology and behaviour, as well as movement and survival following release, will help inform reintroduction protocol for this species going forward.”

Sand lizards being reintroduced back into the wild in Dorset

Once widespread in England, sand lizard populations declined rapidly in the eighteenth and nineteenth centuries due to habitat loss. The rare lizard species disappeared from 12 counties in England and Wales and native populations now only remain in Merseyside, Surrey, and Dorset.

Sand lizards are regarded as a flagship rare species, as their existence indicates the health of a specific environment that will also attract other key flora and fauna, which is why their reintroductions are such a vital part of habitat conservation.