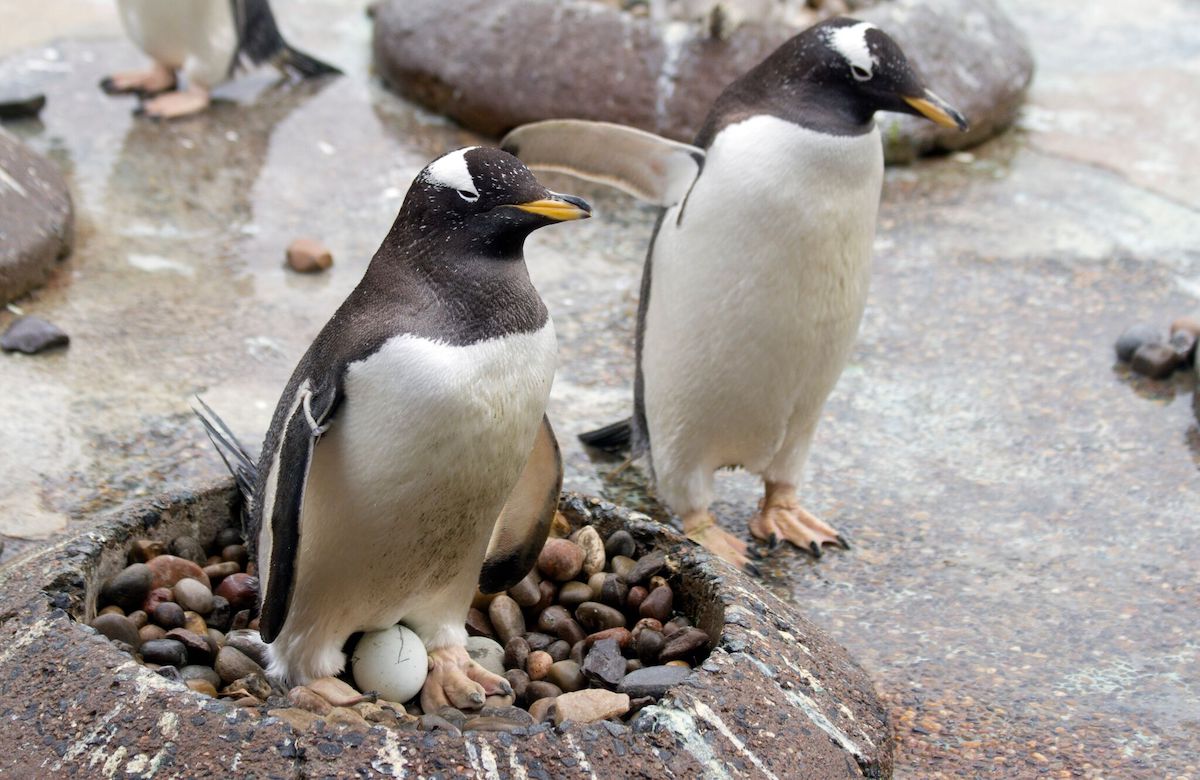 Keepers at RZSS Edinburgh Zoo were delighted to discover that the first gentoo penguin eggs of the year had been laid last week.

Penguin breeding season began in March when nest rings and pebbles were placed into the zoo’s Penguin Rock enclosure. The penguins then quickly set up nests using the pebbles provided to woo their mates and eggs can now be spotted being carefully looked after by parents.

Dawn Nicoll, senior penguin keeper said: “It’s great to see the penguins pairing up and settling down with eggs again. We currently have 21 eggs and we hope that over the next few weeks we will see a lot more. Last year we had great success with our gentoo colony and we are hoping to have lots of penguin chicks again this year.

“The penguin egg incubation period is normally 33-35 days, so we should see the first penguin chicks arrive in May, which is exciting. It’s nice to see them doing so well especially with the species being listed as near threatened on the IUCN Red List”

Reasons for the decline in the gentoo penguin populations include oil exploration, increased illegal egg collection, as well as disturbance from tourism which leads to decreased breeding productivity.

Keepers at the zoo were also encouraged by the rockhopper penguins who have already laid 16 eggs. A difficult species to breed, keepers are hoping for the first rockhoppers to hatch at the zoo in more than eight years. Listed as endangered on the IUCN List, the hatching of northern rockhopper chicks would be hugely beneficial to the conservation of this increasingly threatened penguin species. The rockhoppers have been moved to their own special enclosure during breeding season, which is ideally suited to their natural breeding behaviour.

Penguin fans can watch all the nesting activity and keep a close eye on the eggs by watching the RZSS Penguin Cam: http://www.edinburghzoo.org.uk/webcams/penguin-cam/ 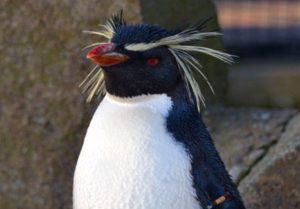