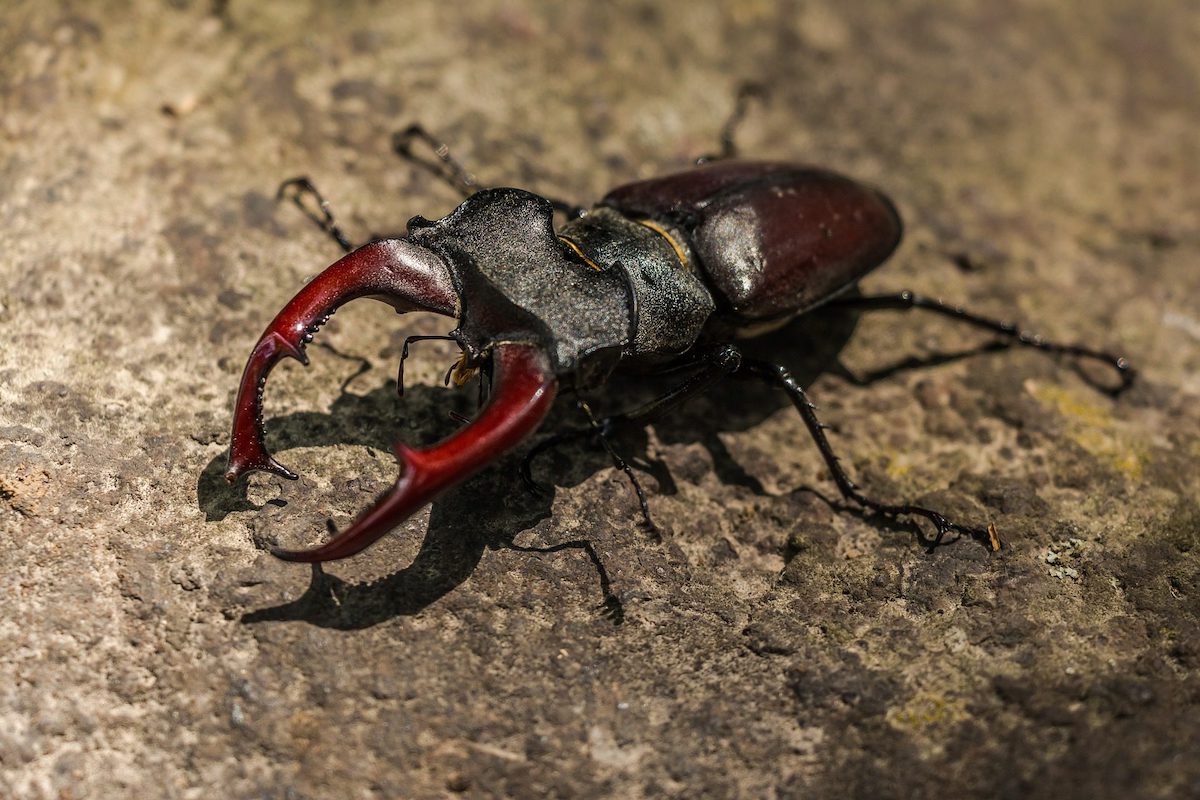 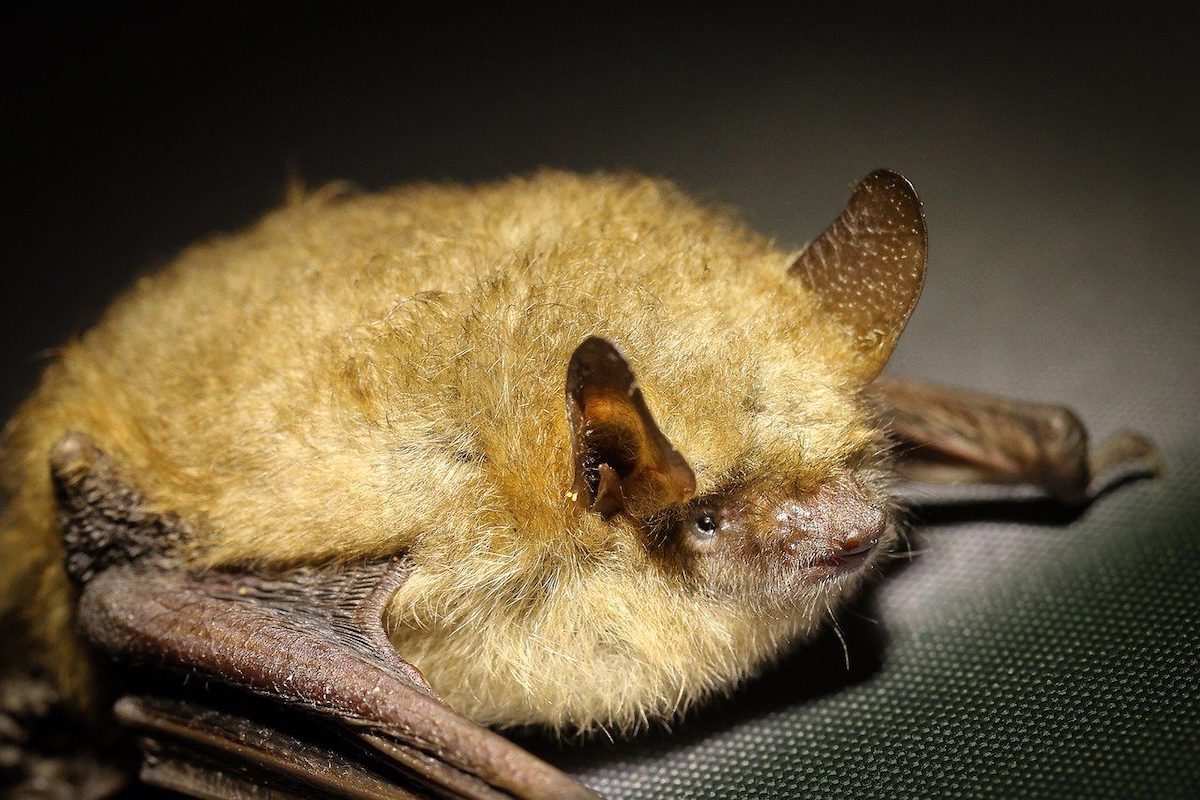 The Wildlife Trusts have announced that 2021 will be a record year for beaver releases. Plans developed by the Wildlife Trusts of Dorset, Derbyshire, Hampshire and the Isle of Wight, Nottinghamshire and Montgomeryshire will see new beaver families moving into these counties for the first time.

UK conservation charity People’s Trust for Endangered Species marks the 30th anniversary of its National Dormouse Monitoring Programme (NDMP) this year – the longest-running small land mammal survey in the world. Established in 1990 to monitor how the UK’s hazel dormouse populations are faring, results for the 2019 report revealed that, although some populations are thriving, […]

Red Squirrel by Austin Thomas The first official Red List for British Mammals has been created highlighting the national species at risk of extinction if urgent action is not taken. Produced by the Mammal Society for Natural England, Natural Resources Wales and Scottish Natural Heritage, the Red List shows that of the 47 mammals native […]

A recent survey conducted by scientists from ZSL (Zoological Society of London)’s London HogWatch programme and People’s Trust for Endangered Species (PTES) has revealed a mixed picture for native hedgehogs across the capital. The research, carried out over a two-week period in 2019, involved placing hundreds of cameras in several green spaces across London, from […]

New research from Queen’s University Belfast, funded by wildlife charity People’s Trust for Endangered Species (PTES), has revealed that pine martens are less fussy in terms of their diet than previously thought. Native to the British Isles, pine martens were once one of our most abundant predators, before populations declined and they became a protected […]

The Wildlife Trusts are calling on people to get involved with their Shoresearch citizen science project and record what they find on our coastline, beaches, rockpools and estuaries. Our seas are home to some fascinating and beautiful creatures,  but we need to find out more about where they live to give them better protection. Starting […]

An international report focusing on the epic disappearance of plant and animal populations around the globe has been released by the IPBES this week. Backed by the UN, the report is the result of a 3-year study and shows how over a million species are threatened with extinction – more than at any other time […]

Children’s classic The Wind in the Willows has been adapted by The Wildlife Trusts as part of a new hard-hitting campaign on general release in cinemas this weekend. The film trailer, voiced and backed by conservationists and actors Sir David Attenborough, Stephen Fry, Catherine Tate, Alison Steadman and Asim Chaudhry,  calls for a wilder future […]

Hedgehog numbers are falling and a recent report revealed that the population of the nation’s favourite mammal has dropped by an alarming 50% in the British countryside since 2000. Hedgehog Street, a joint campaign run by the People’s Trust for Endangered Species and the British Hedgehog Preservation Society, has now released a free guide to […]

If amazing wildlife is a must when planning your travels, you really don’t need to go abroad to see it. With a huge variety right here on our doorstep wildlife expert and television presenter Nick Baker teamed up with Premier Inn to create a wildlife calendar showing the best places to visit in the UK; JANUARY: Animal: White […]

The RSPB is calling on the nation to get involved with this year’s Big Garden Birdwatch which takes place over the weekend of 26-28 January 2019. Now in its 40th year, the Birdwatch is a chance for people of all ages to count the number of birds visiting their gardens to help the RSPB build […]

A rare Scottish wildcat kitten has been born at Chester Zoo and cameras have captured the first footage . The female kitten is part of a breeding programme to save Britain’s rarest mammal and conservationists have welcomed the new arrival as “another lifeline for the species.” As few as 100 wildcats – also known as the ‘Highland […]

UK conservation charity People’s Trust for Endangered Species (PTES) has released its annual Christmas catalogue, with all proceeds from the gift range going directly to help wildlife in need. With something to suit every budget, PTES Christmas gifts include everything from wooden animal key rings and beautifully designed cushions and tea towels, to wildlife guides and original […]

A recent survey conducted by a leading holiday park operator has revealed that 84% of holidaymakers would like to see more wildlife on their next break. Away Resorts, located in six prime locations across the UK and winner of a gold David Bellamy Conservation Award, have responded to public demand with new wildlife protection measures at […]

Green Dragon Eco Farm in Buckinghamshire opened a new Wildlife Conservation Zone this week which will enable visitors to view a number of British and European species close up. The aim of the new wildlife zone is to support and protect native species whose numbers are threatened in the wild while educating visitors on the […]

Wildlife charities the British Hedgehog Preservation Society (BHPS) and People’s Trust for Endangered Species (PTES) have been urging people to help hedgehogs by building them homes in their gardens. The recent heatwave has prompted more of us to help the nation’s favourite mammal, but what exactly makes the perfect hedgehog house? Last year, the first […]

The first ever footage of a successful pairing of two captive bred beavers in the wild has been released by Scottish Beavers, a partnership between the Royal Zoological Society of Scotland (RZSS) and the Scottish Wildlife Trust. Part of an ongoing project, the Scottish Beaver Trial is focused on bringing the species back to Scotland […]

This week wildlife charity People’s Trust for Endangered Species’ (PTES) launched their annual Mammals on Roads survey and is calling on the public to get involved. PTES is looking for your help to record sightings of any mammals, spotted dead or alive, whilst driving along Britain’s road network. Information gathered will build a countrywide picture […]

Friends of the Earth are calling on people to take part in this year’s Great British Bee Count and do their bit to help our precious pollinators. Running from 17 May to 30 June 2018, the national bee survey will gather crucial data to provide researchers with valuable insights to help bees thrive. A fun, […]

The RSPCA has launched its new #AnimalKindness campaign and encourages everyone to do their bit, however small, to help animals. The welfare charity has also produced a free Guide to Animal Kindness which gives advice on how to care for animals, keep them safe, protect their habitats, campaign for change and more. So if you’d […]

The National Trust  has good news regarding the once common tree sparrow after a number of birds were found successfully nesting and breeding on a three mile strip of coastal land in South Tyneside. The Leas and Whitburn Coastal Park, the site of an abandoned colliery, is cared for by the conservation charity and is […]

A study led by scientists from ZSL (Zoological Society of London) has found that garden feeders may be posing a risk of serious disease to wild birds. Additional food is often left out for wild birds during harsh winter months, but the study has shown that while this can help, garden feeding can also promote […]

In an exclusive interview for Discover Animals, author, presenter, and photographer David Lindo discusses his influences, what people can do to engage with birds in urban environments, and how birding…